If you like what you are reading here, consider making a small donation to my campaign.

May 4th, 2021 is election day for our local special election. On the ballot are candidates for Dayton mayor and commission. This is a non partisan special election. No one is required to declare for a party so everyone can vote. The two candidates with the highest vote counts for mayor go on to the general election in November, as do the four highest of the commission candidates. What you aren’t hearing about are all the charter changes that have been added to the ballot, so I will post the language here in a series of photos.

First up is this,  regarding compensation for the mayor and commissioners. 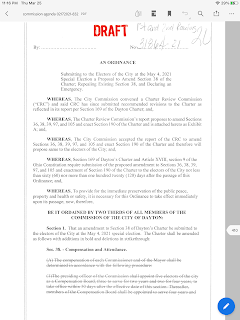 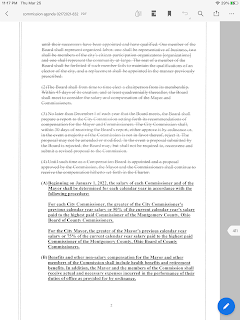 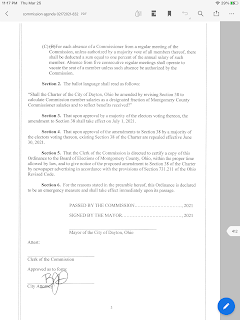 Then there is this. It deals with updating genders and defines the role of the mayor. 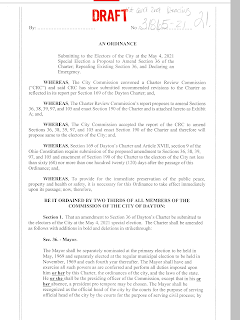 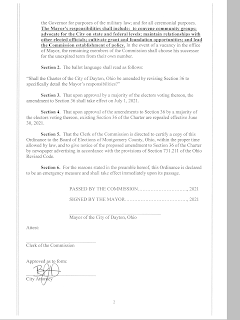 Third up is this. I pushed for allowing distance participation ten years ago when commissioner Lovelace was ill. It took a pandemic to make this administration see it as a useful tool. 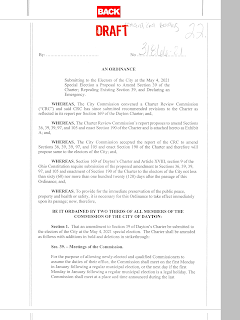 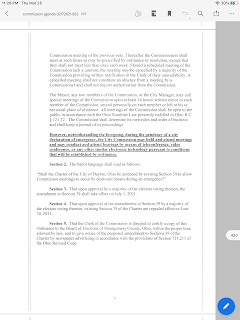 Then we have a change that corrects gender language and defines the role of the chief examiner. 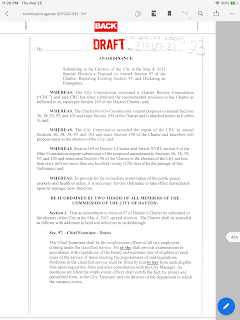 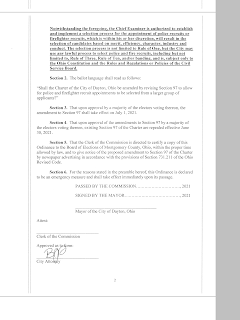 Next is language preventing employees of the City from participating in local election campaigns but allowing them to indulge in State and  Federal races. 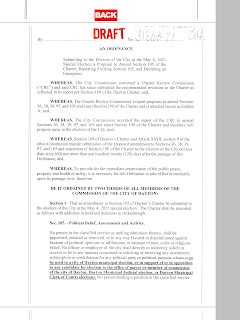 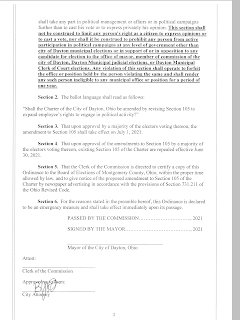 Finally one that prevents the water department from being sold off to a private source. The water department is an enterprise fund supported by the fees charged to customers. It could be a separate entity controlled by a regional authority but should never be a "For profit" business. The county buys it's water from Dayton, then sells it to residents outside the City. Dayton has always held on to this department to keep rates low for City residents. 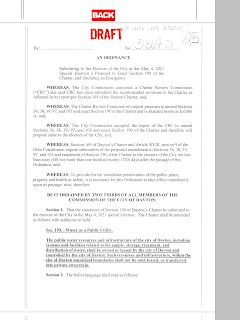 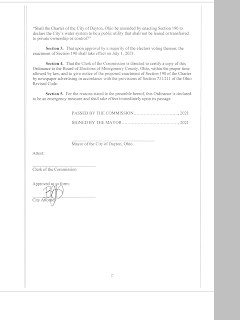 So please read these changes and know what you are voting for. The ballot language does not necessarily reflect the change in the ordinance language.