This City Has Become Very Trashy The Last Few Years

If you like what you are reading here, consider making a small donation to my campaign.

My wife pointed out to me how bad the streets and alleys appear in my neighborhood when she takes walks with my daughter. In fact, I can honestly say I have NEVER seen it THIS bad. There is trash everywhere. Our current Commission, consisting of the following; Mayor Nan Whaley, Commissioners Jeffrey Mims Jr, Darryl Fairchild, Matthew Joseph and Chris Shaw have become a bunch of slackers the last few years. The following video issued last week has the City Manager explaining how they have failed to maintain their inventory of green trash containers and are currently short 900 of them. They failed to maintain an active inventory and are pointing the finger at the vendor when they should have just started walking the streets every so often over the last eight years where they would have seen it getting progressively worse. One of their jobs is to direct policy. I guess their policy has been to make Dayton "Trash City USA."

They have also dropped the ball on recycling. In 2013 Rumpke paid Dayton $6 a ton for recyclables. Now Dayton pays Rumpke $35 a ton and we are expected to clean and sort what they want. I will cover this subject in greater detail in another post. I am so upset about this.I am going to hit hard on this subject this year. They should have been paying attention the moment we started paying Rumpke.

The next way I know they have been slacking is they have not paid attention to appointments on certain boards they oversee. This was a major pet peeve of mine during my term. Not keeping these board lists current makes the Commission look like ... well .... a bunch of slackers. The following pictures of board lists was captured on March 15, 2021. It is not like it is just one or two boards they have not been paying attention to. Look at the expired term information. 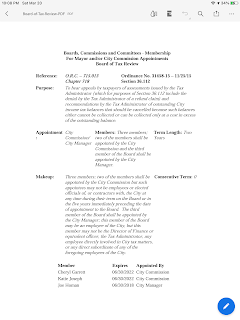 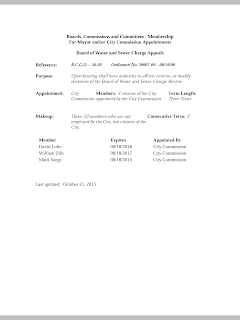 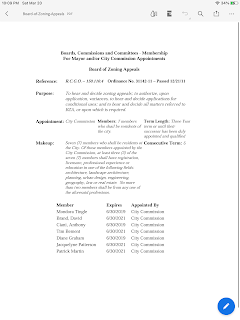 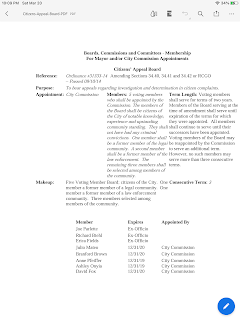 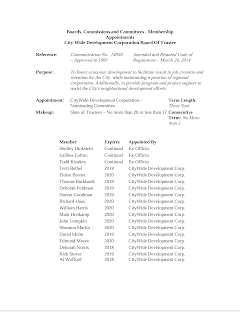 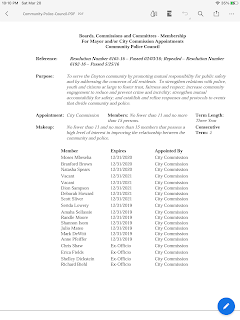 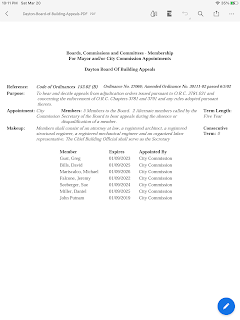 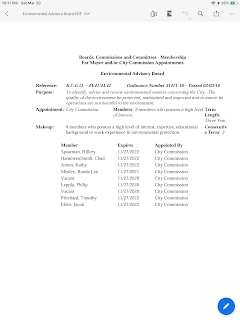 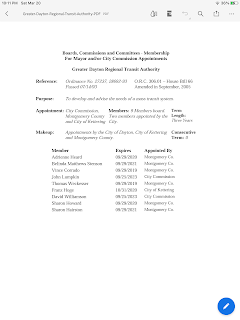 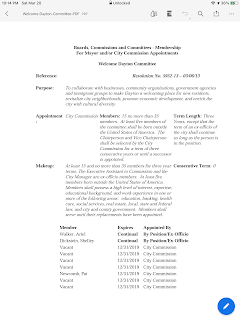 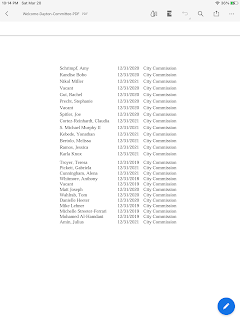 I said when I left office in January 2014 that I personally had created enough activity to carry the new administration for six years. After that the people will see the well of ideas dry up. Guess what? We are there.