The Southeast Festival was a success. Despite the aggravation of getting the grant money from city hall. Since the grant check had not been issued by Friday June 19, I contacted one of our commissioners that Friday evening. He made a call to the city manager over the weekend and the check was ready by Monday afternoon. It shouldn't have to be this way. The money was allocated, the paperwork had been turned in when requested. The funds should have been confirmed and ready to be distributed. Instead, it would appear that someone made a deliberate attempt to sabotage the event just because they could. Not a single person from city hall or any of the associated departments attended the event either. This was the first year the Mayor missed the festival, too. Many residents in Southeast Dayton made this observation, including myself.
I don't know if anyone at city hall has ever organized a neighborhood festival but it is very nerve racking when you have to pay for entertainers and services when you aren't certain where the funds are going to have to come from. It limits the ability to promote an event properly. Especially if there is a chance that you have to cancel. A few other things we noticed this year. There were no large plastic garbage bins left for trash. We emptied all the metal park bins ourselves and hauled the trash away after the event and the gate was not unlocked before 7 AM but we were able to work that one out with a direct phone call.
We need a city hall that caters to its customers. By customers I mean residents, business owners and stakeholders in the community. If Dayton was a for profit business they would have gone bankrupt at least 20 years ago. The culture at city hall has to change. The "Us versus Them" mentality has to end. If it doesn't there won't be enough taxpayers left to support employee salaries.

The good news is that someone from the police department was assigned to the festival for 5 hours and some additional police officers came through during the day. It was nice to see the police officers enjoying some time out to socialize with their customers.

Montgomery county was very co-operative. The library bookmobile was there, Lucky the Ladybug showed up and they provided recycle bins for the event. I know that I can get county co-operation when it is needed. For the last 8 years I have been saying that the city and county need to co-operate more in most areas. I feel at this point that I know where the problems originate.

Here are some pictures from the festival. We estimated that over 400 people came through the park that day. 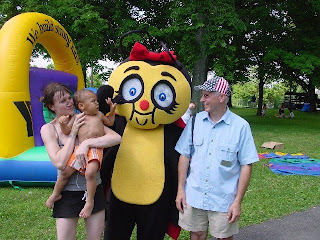 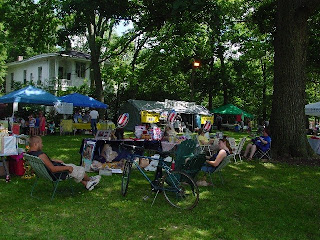 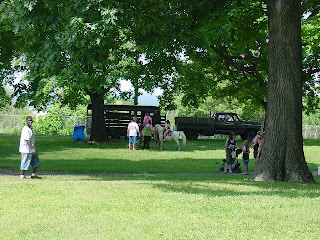 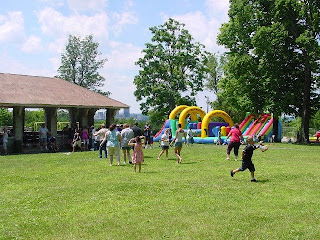