There was a town hall meeting at Sinclair Community College on Saturday morning. It was to discuss a program called "The Community Initiative to Reduce Gun Violence." It will hold members of a "group" accountable for any gun related crime that results in the death of an individual. The idea is that peer pressure can be neutralized when an individual says "I was thinking of shooting "so and so" but I don't want all of you (friends) to go to jail if I do" to his or her friends that coax them into action.

I know first hand how this works. I had a fight with a boy in school when I was 16 or so that was a knock down, drag out fight that lasted forever during a break. Nobody really won but the whole thing occurred because one or two individuals were badgering both of us to have a fight and instigating the event to occur. In government such people are called "Agent provocateurs".

There were around 150 people in attendance at this meeting. I was disappointed to notice that our mayor arrived late and missed her scheduled spot on the agenda. I applaud the police chief for initiating such a program which includes involvement from the city of Trotwood as well as Montgomery County and some prominent ministers and non-profits in the community. I applaud the people who attended and have committed to making the program a success. Some of the stories that were revealed and statements that were made were truly moving. I only hope the burden does not completely fall on the shoulders of the community to make the program work. In order for our police officers to gain the trust of certain communities, they must walk those communities and have everyday conversations with the residents. They need to spend a few minutes shooting hoops with the teenage boys at the local park. Talk to the young girls about their dreams and aspirations for when they grow up. They need to become mentors for pre-teen youth. Most of all, they have to be dedicated to doing this every day for the rest of their careers if they want to see real change. If the city manager says we can not afford to do this, I would argue that we can't afford NOT to do it. The results will be justified when half of every class in our police academy consists of young, dedicated members of Dayton's African-American community.
Posted by Gary at 11:42 PM No comments: 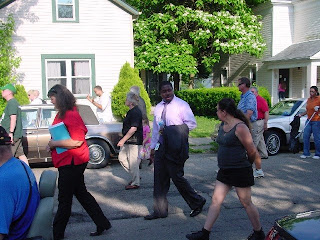 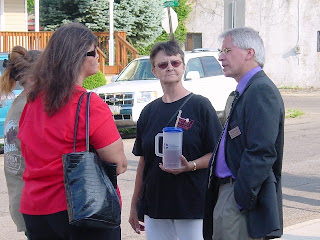 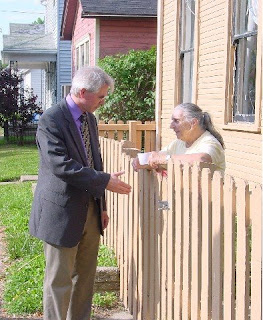 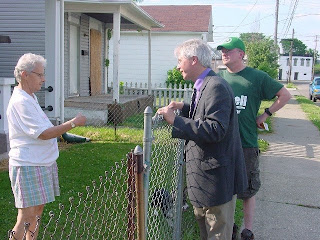 Kudos go to neighborhood leader, Leslie Sheward and her volunteers in Twin Towers. Lets get ready to teach more neighborhoods how to do this!
Posted by Gary at 1:15 PM 2 comments: 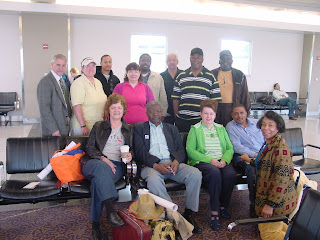 The NUSA Conference brought over 400 people together from different cities around the US. There were even representatives from Canada and Japan in attendance. These people share ways that they strive to improve their communities in their own cities. Spokane has a thriving downtown complete with a mall, many restaurants and food sellers, a drug store, multi-level parking, hair salons, antique stores, a Macy's, lots of filled office space and a well utilized and maintained recreational park in the heart of the city.
Several of us from this group of neighborhood leaders had many discussions about how to improve Dayton's neighborhoods and make a downtown environment like that in Spokane. We all agree that citizen involvement in local government is a key factor as well as having effective, open communication channels with our residents and business owners.
I can tell that there's a lot of potential for our city in these leaders if they could just cut through the red tape at City Hall.
Posted by Gary at 12:49 PM 2 comments: